Based on Article 6, Clause 1 of the 「Bank of Korea Act」, the Bank of Korea sets the inflation target in consultation with the government. The inflation target for 2019 onwards has been set at 2 percent, as measured by the year-on-year change in the Consumer Price Index (CPI). The Bank will conduct its monetary policy with the aim of keeping CPI inflation at 2 percent over the medium term, while considering symmetrically the risks of inflation remaining persistently above or below the target.

The Bank will publish its Monetary Policy Report four times a year to explain how it is implementing monetary policy. If there is a request from the National Assembly, the Governor will appear before the Assembly and answer questions. The Bank will publish an inflation assessment which includes price developments, future inflation forecasts and risks and the monetary policy stance for achieving price stability twice a year, and provide explanations of the assessment to the public through various means (or channels), such as by holding Governor’s press conferences.

The Bank will review the inflation targeting framework in consultation with the government every two years, and explain the review to the public. If adjustment of the inflation target becomes inevitable, due for instance to unexpected domestic or global economic shocks or to changes in economic conditions, the Board will adjust the target in consultation with the government. 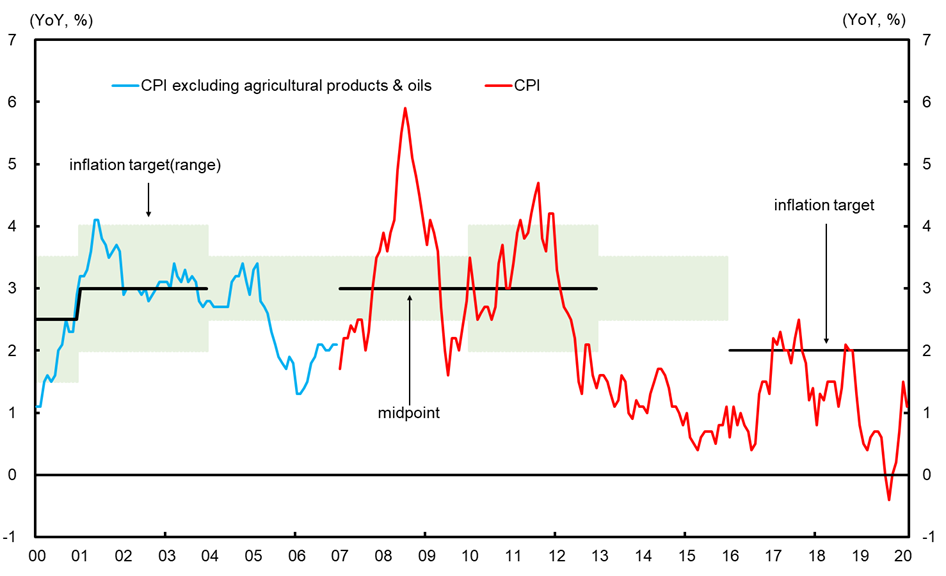