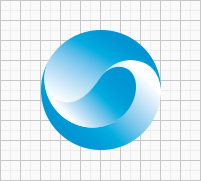 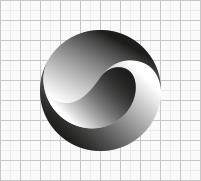 The light blue Taeguk pattern, consisting of a circle and waves, represents the dignity of Korea's central bank. The three areas converging into the circle symbolize harmony among the state, enterprises and the people and the dynamic development of the Korean economy.

The logotype is a visualization of the letters of the bank name and is one of the basic elements, along with the symbol mark, for the visual delivery of the BOK image. 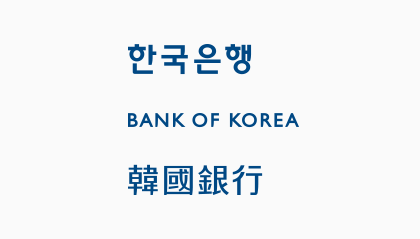 The signature is a combination of the symbol mark and the logotype. 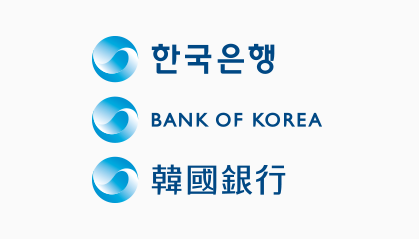 The BOK colors are the unique color images of the Bank of Korea.
They are used for the BOK symbol mark and the BOK logotype to effectively convey the image of the bank.

The main colors are BOK blue and BOK dark blue, and the sub colors are gold, silver, BOK gray and BOK light gray.